Big Data Can Identify Risks for Near Misses Among Nurses 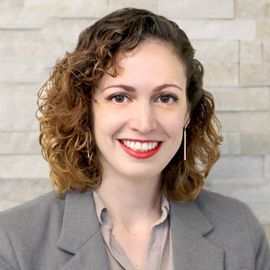 Interventions to address and prevent near miss events must be customized to a nurse's individual risk profile.

Use of big data is allowing researchers to better understand a nurse’s risks for a near miss (NM) based on workload variables. A NM is an event that could have caused harm for the patient but ultimately did not, either because it was caught or simply through chance. NMs are similar to medication errors.

The findings were published in Journal of Nursing Scholarship.

“NMs also occur as the result of the same systemic, organizational, and personal problems that cause errors, but occur more frequently, with estimates of NMs occurring 300 times more frequently than full-fledged errors,” the researchers wrote.

They conducted a literature review on past studies to understand the factors that increase medication administration errors and NMs. There were six workload factors commonly found across in-patient clinical hospital settings:

A the medical-surgical unit of a private, medium-sized hospital participated in the study. The nursing staff was observed across shifts and times throughout the day. Data on gender, employment status, and each of the six workload factors was pulled from electronic health records, call lights, and bar-code medication administration (BCMA) systems. The data was collected over a 60-day period.

Over the study period, data was collected on the workload of 23 nurses caring for 389 patients. There were 11,595 tasks were assigned and 26,150 medications ordered. However, the study only included oral medications, which dropped the number of medications to 18,104. Tasks that could be completed by nurse assistants were also removed, dropping the number of tasks reviewed 6,605.

In total, there were 1,174 NMs associated with the oral medications flagged by the BCMA database. The majority (91%) of the NMs were of scanning the wrong dose-time-medication and the remaining NMs were flagged as the wrong patient.

According to the researchers, the findings suggest the risk for an NM is impacted by a combination of variables, which means systemic and organizational changes that impact only a few factors would have only a moderate impact in reducing NMs. Instead, interventions to reduce NMs must be customized to each nurse’s risk profile.

They added that data on nurse workloads is already being gathered at hospitals and can be used to identify the risk for NMs.

“It is time that researchers and managers harness this vast amount of data and use it to improve the quality of care nurses are providing,” the authors concluded. “This can be done successfully if the data that are currently fragmented and locked away inside different clinical systems can be brought together and used to improve patient care.”